I bought a beehive earlier this year and this weekend I installed the bees. Over the winter, reading about beekeeping was a great escape from our long, messy, uncertain year.

February: I placed a standard order for a 3lb. package of Italian honeybees, queen included.

March: I picked up an already-assembled beehive composed of 3 medium supers, a telescoping lid, a queen excluder, and a reducer, which is notched piece of wood that limits the entryway, “reducing” the number and size of potential hive predators. There are so many predators; it often seems like a miracle that bee colonies survive at all. Not unlike like human colonies, if you want to get philosophical about it.

April: I painted the hive a hopeful butter yellow and set it up at the far end of the garden, next to a bee-loving holly bush, and close to a volunteer walnut sapling draped with enough honeysuckle to guarantee afternoon sun.

All of this was well and good, but I couldn’t escape the creeping fear of actually keeping bees–on my own. Two or three years ago my boyfriend, Dutch, set up a similar operation close by. He was plainly obsessed. He loved it. But I confess to having kept a distance. Maybe I only half listened to the detailed accounts of hive life–and death–and rescue! And splits and swarms and wintering over, and on and on it went. My interest was there in theory, but bees were Dutch’s domain, and eventually he moved his bees to his little farm in Texas.

By the time he moved his hives, Dutch had five thriving hives. Somehow, those bees survived a 2,000-mile ride in the back of a pickup, predatory bees that “Africanized” the hives, thousands of Varroa mites, copperheads, perpetual shade and damp in the piney woods of East Texas, and a beekeeper who fell ill (Dutch himself, with Lyme disease).

My own interest in bees developed when I had a chance to think about them on my own terms and imagine them under my care. This summer will be my first summer alone in my house, in fact. Every project is mine alone, and it’s on me to sink or swim, from bees to plants to home repairs to landlord-ing to finding a way to pay for it all.

And reading about beekeeping over this pandemic winter has deepened my interest. Richard was on to something good. 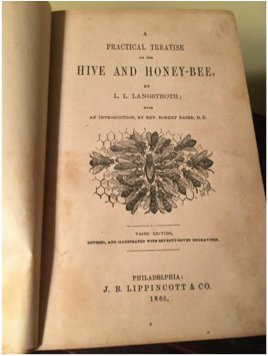 But will I be able to fend off the varmints? Will I keep the bees fed and happy in spring and winter, when their own reserves are low? Even as we speak, are my workers successfully chewing their queen out of her snug candy package so that she can get to work? This tiny lady has the unenviable job of laying 2,000 eggs a day. A day.

Since Dutch exited, my support staff is comprised of me, myself, and I, or so I imagine on gloomy days. At this writing, I can’t figure out the ratio of oil to gas for my weed whacker. There’s an infestation of fat black cluster flies in my house (wtf), and the freezer drawer on the fridge is suddenly wonky. That pint of Ben & Jerry’s—melted. But worse, I don’t have anybody to idly discuss plants with and I can’t seem to reproduce Dutch’s pinto beans and cornbread.

After I installed my bees–sweat, blank fear, exhilaration, success–I sat and watched them for an hour. The nurse bees (the very youngest workers) tidied the hive by booting out the inevitable dead weight; bees that didn’t survive the move were rolled out of the hive and pitched over the edge or carried away. Foragers on top of the hive quickly started signaling with their wings to guide stragglers inside. Within an hour, the transport package was absolutely empty. Inside the hive, I’m sure the work of building comb has started.

It’s early yet, and for no good reason, I’m obsessed with the idea that I’ve smothered the bees. It really does seem counterintuitive to put living things in a box and then cap a lid on it. But I have reason to think that we’ll succeed. I just took a look, and bees are in motion. With that encouragement, I’m moving on. I’ve enlisted my neighbor’s help to keep her bird baths full of water for thirsty bees. I called my friend Tommy for help with the weed whacker (40:1 ratio of 87 octane gas to 2-stroke engine oil), and youtube tells me that cluster fly larvae aren’t dangerous and will disappear when I vacuum. A disgusting visual of what lives in the shadows, but easy enough to do. Then I called Dutch for his cornbread recipe and told him all about my hopes and fears for the bees.

He had lots to say.

Cornbread by Dutch turns out to be the recipe on the back of the Indian Head Stone Ground Yellow Cornmeal package. Friendly advice from my colony to yours: skip the plant milk impulse and go full dairy. And don’t skimp on the honey. At least 9,999 little ladies worked hard to get it to you. 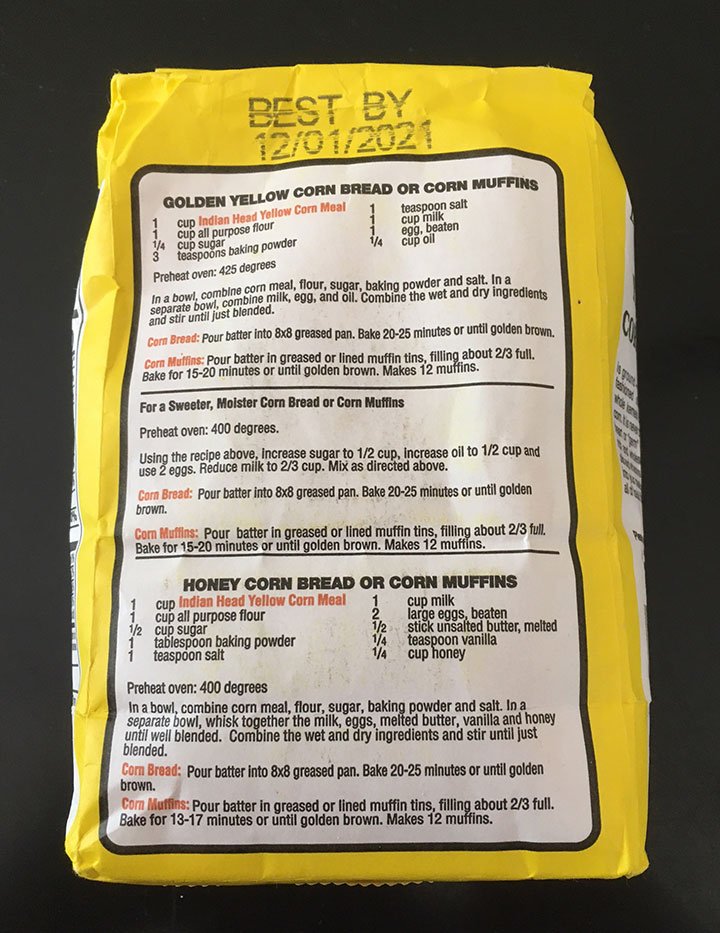